In commemoration of the birth centenary of Pujya Gurudev Swami Chinmayananda, A “Jnana Yatra” is being conducted, whereby a Jyoti, or unending flame, is carried around the world tovarious spiritual and religious centers. This Jyoti has reached the Greater Toronto Area, and will be taken to various temples in Greater Toronto.

As part of the Jnana Yatra, the Jyoti will be visiting our Sri Siva Satyanarayana Temple on Saturday, March 19th 2016 between 11.00 am and 12.30 pm, accompanied by Swamini Shivapriyananda-Senior Acharya from Chinmaya Mission Toronto. There will be speeches on Sanatana Dharma and on the significance of the Jyoti’s Yatra.

It is requested that our devotees attend this special occasion at the temple and acquaint themselves with the Jnana Yatra and Chinmaya Mission.

Chinmaya Mission was established in India in 1953 by devotees of the world-renowned Vedanta teacher, His Holiness Swami Chinmayananda. Guided by his vision, devotees all around the world formed a spiritual renaissance movement that now encompasses a wide range of spiritual, educational, and charitable activities, thus impactive positive change in the lives of thousands in India and across its borders. Presently, headed by His Holiness Swami Tejomayananda, the Mission is administered by Central Chinmaya Mission Trust (CCMT) in Mumbai, India. Under his guidance, the Mission has continued mushrooming across the globe and stands today with over 300 centers worldwide, including Chinmaya Mission Toronto, located in Brampton.

Chinmaya Mission follows the Vedic teacher-student tradition (guru-shishya parampara) and makes available the ageless wisdom of Advaita Vedanta, the knowledge of universal oneness, thus providing the tools to realize the wisdom in one’s life.Vedanta, the essential core of Hinduism, is the universal science of life, relevant to all people of all backgrounds and faiths. Vedanta inspires seekers to understand their own faith better. Thus, although Chinmaya Mission is a Hindu organization, it does not seek to convert other religious practitioners. 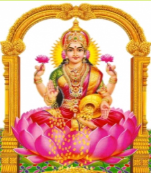